Giardiasis is an infection caused by Giardia lamblia (also known as Giardia). Giardia is a parasite found in water, food, soil, or on surfaces contaminated with feces from an infected person or animal. Giardia can survive outside the body for weeks or even months, and has been found in every region of the US and around the world.2

In the United States, giardiasis tends to peak in summer and decline in winter. When more individuals participate in outdoor recreational activities7 there is a higher incidence of infection—sometimes even twofold.

Once ingested, the parasite lives in the human intestines and commonly causes diarrhea. Gas, stomach cramps or pain, upset stomach, greasy stool, and nausea are also symptoms of Giardia infection. However, some individuals become infected but are asymptomatic – that is, they show no symptoms.2

Symptoms typically begin to show one to three weeks after infection and can last up to six weeks or longer.2

How Is Giardiasis Diagnosed?

A confirmed diagnosis is generally made by examining a prepared stool sample under a microscope in a laboratory. Individuals can expect to submit a series of samples over several days.2 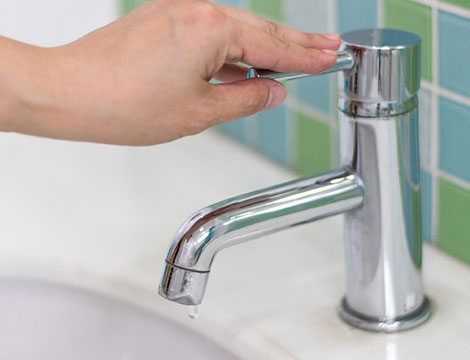 How Does Giardiasis Spread?

Giardia can be contracted by2:

If you or a family member experience diarrhea and fit any of the descriptions below, you should contact your doctor to find out if you have a Giardia infection2:

For further information please refer to the Centers for Disease Control and Prevention website: http://www.cdc.gov/parasites/giardia/

Talk to your doctor to see if Alinia is right for you. Please see the Full Prescribing Information for more information.

Alinia is a registered trademark of Romark, L.C.